Trump’s Hair-Growth Drug, Is He Using the Best Option?

On February 2, 2017, the New York Times published an article “Trump Takes a Hair-Growth Drug”. I’d like to cover the rest of the story and make alternative suggestions for men with hair loss issues as well as prostate issues, which are remarkably related.

The NY Times revealed that Dr. Harold N. Bornstein, President Trump’s longtime physician, prescribed finasteride, a drug marketed as Propecia™ to promote hair growth.  Propecia is a low dose (1 mg/day) version of Merck’s Benign Prostate Hyperplasia (BHP) drug Proscar™, which for BPH which is dosed at 5 mg/day (5 x President Trump’s dosage).  For Proscar and BPH, it is often prescribed in combination with the alpha-blocker doxazosin for men with high blood pressure.

At the onset it should be emphasized that finasteride, Propecia and Proscar should NEVER be taken or even touched by women since it can have risks associated with birth defects and possible additional adverseimpacts in females.

Obviously, President Trump’s signature “look”involves his fabulous hair and, yes, Propecia does work to prevent hair loss at a very low dose.  Generally, this 1 mg/day dose is safe in men.  Propecia works is by blocking the enzyme 5 alpha-reductase from converting the body’s testosterone into dihydrotestosterone (DHT).  DHT causes androgenic alopecia (hair loss) in many men. DHT is a highly androgenic hormone that is more potent than testosterone and is primarily associated with “masculine” features including the development of male external genitalia in children, increasing muscle development and, unfortunately, hair loss.  In other words, if you block 5 alpha-reductase, males will lose some muscle structure, have a slightly lower libido (sex drive), but will have more hair and possible grow new hair.

President Trump, like me, Dr. Rudi, is 70 years young and 70% of men of that age will have signs of BPH (I still have all my hair also!).  President Trump is actually doing a smart thing for his prostate. His reported PSA (Prostate Specific Hormone) levels are very low and therefore he has a very low risk of BPH and very low risk of prostate cancer, a common cancer in men over 60.  In fact prostate cancer is the second leading cause of death in men over 70 after heart disease.

I am one of those rare people that recommends both pharmaceutical drugs and natural products to prevent and mitigate disease.  Combinations of supplements and drugs can be better than drugs alone and in some cases natural products alone work very well.  On his deathbed, my hero, Steve Jobs regretted trying to fight his pancreatic cancer initially using only natural products.

So the question is are there alternatives to Propecia (finasteride)?  The answer is: yes!

Additional thoughts in combating BPH and reducing the likelihood of prostate cancer: 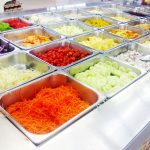 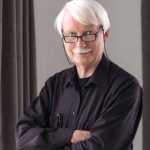